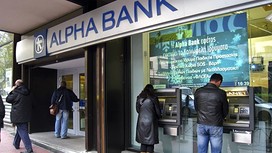 The reform bill was approved by 153 to 137 votes following a stormy debate that brought the sacking of two deputies from the governing Syriza-led coalition. They had refused to support a measure limiting protection for mortgage holders in default.

Stathis Panagoulis, a long-serving leftwing deputy, said that he was leaving Syriza “because I won’t accept seeing hardworking homeowners thrown into the street”.

His departure and that of Nikos Nikolopoulos from the rightwing Independent Greeks, the junior coalition partner, leaves the government with only a two-seat majority.

Euclid Tsakalotos, finance minister, said that more than 90 per cent of homeowners with unpaid mortgages would be eligible for some protection, even though only those with an annual income below €23,000, would be safe from foreclosures.