Three days that saved the euro 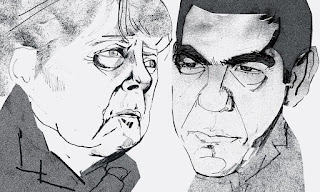 Late on the afternoon of Friday 10 July, as European finance ministers were packing their bags for Brussels to attend yet another meeting on the Greek debt crisis, a shocking email from Berlin landed in the inboxes of a very small number of top officials. Earlier that week, the Greek prime minister, Alexis Tsipras, had been given an ultimatum by his fellow European leaders: deliver a radical new blueprint for economic reform and spending cuts – or face bankruptcy.

Tsipras had delivered a new set of proposals, but before officials could meet in Brussels to discuss them, the German finance minister, Wolfgang Schäuble, delivered a preemptive strike: if the Greek government would not undertake more drastic reforms, the German email said, “Greece should be offered swift negotiations on a time-out from the eurozone.” There had been speculative talk that Greece might have to quit the single currency – and sentiment among other euro members had hardened against Athens in the six months since Syriza, Tspiras’s leftwing movement, came to power – but until now, no one had formally proposed pushing the country out.

“It was clear,” one recipient said. “It was written down. It was harsh. It was brutal.” Schäuble, the most experienced politician in power in Europe, had gone for the jugular – and the email sent alarm bells ringing in Paris, Rome, Frankfurt and Brussels.

“It was never officially distributed – only to core people,” said a senior official involved in the meetings, who saw the email on the Friday evening. “It showed a tough stance. It was clear that Grexit was an option. It meant that on Monday we would start the preparations.”