Requiem for the Loony Left 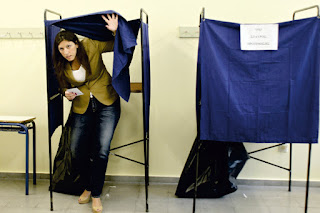 This weekend saw the swearing-in of Greece’s new parliament and the election of the new speaker of the house, Nikos Voutsis, a Syriza elder and loyal associate of the prime minister, Alexis Tsipras. At the same time, the pompously named Greek Debt Truth Commission, led by the outgoing speaker Zoe Konstantopoulou, delivered the findings of its investigation on the origins of the country’s debt problem. Predictably, it found that Greece’s debts were “illegitimate, illegal and odious.”

Konstantopoulou, who has failed in her bid to be reelected as an MP, called a four-day session of the Truth Commission just after the September 20 election, in a desperate bid to remain in the spotlight for a little bit longer.

She had even pre-announced that she would call on Yanis Varoufakis, the mercifully departed finance minister, to appear, in order to explain how the country was led to sign a third bailout agreement. The public sessions were broadcast on the television channel of the parliament.