Greece’s Long Road From ‘No’ to ‘Yes’ 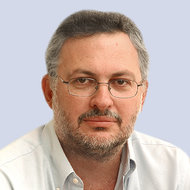 Greeks will commemorate the Oct. 28 national holiday in a very different country from what it was a year ago. The anniversary marks the day in 1940 when a Greek government rejected an ultimatum from Fascist Italy to allow its troops to enter the country. The “No” (“Ochi” in Greek) united a deeply divided country behind a right-wing dictatorship and thrust Greece into World War II on the side of the Allies. “No” is a symbol of defiance. But now Greeks must decide what they want, rather than what they reject.

On “Ochi Day,” military parades and patriotic speeches hail a small nation’s resilience against insurmountable odds. After initially pushing Italian invaders deep back into Albania, the Greeks were overwhelmed by a German blitz that led to four years of brutal occupation and determined resistance. After the war, the old divisions roared back, with a civil war between Communist forces and a government that was backed first by Britain and then by the United States leaving a lasting legacy of pain and suspicion between left and right.

Despite divisions and strife, the “No” of 1940 has stood as a unifying memory of a nation that will tolerate no foreign master. Recently, though, in the throes of a devastating economic crisis, the Greeks were divided once again, and the talismanic “No” was commandeered by one side.