EU's Dombrovskis: Greece must recapitalize its banks by year end 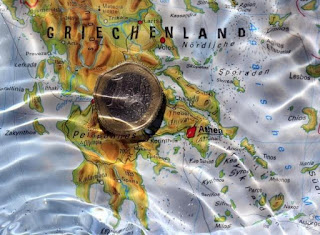 Greece and international lenders must recapitalize its banks by the end of the year and swiftly finalize an assessment of the country's bailout-mandated economic reforms, EU Commission Vice-President Valdis Dombrovskis said on Tuesday.

Unless Greece's four biggest banks are recapitalized before legislation takes effect in January, depositors will be liable for plugging capital shortfalls, he said.

"Euro group conclusions on this question are quite clear, that recapitalization of the banks is to take place after the first review, but no later than the 15th of November," Dombrovskis told Greece's Skai TV in an interview.

Dombrovskis - in Athens to discuss the reforms Greece needs to complete under terms of an 86-billion-euro ($95-billion)bailout - said that things would get "more complicated" if that did not happen.

"Then you need to apply the Bank Resolution and Recovery Directive ... which may imply a bail-in," he said, referring to bank depositors being forced to contribute to recapitalization, similar to a raid on deposits in Cyprus in 2013.