The polls are Greece’s opportunity — or its last chance 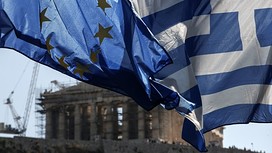 Whoever comes first in Sunday’s Greek elections, there will be everything to play for. If the winner forms a stable coalition and appoints doers as ministers, the country could enter a virtuous cycle. Otherwise, it risks being stuck in purgatory and even being sent to hell.

Neither the centre-right Vangelis Meimarakis nor the leftist Alexis Tsipras is likely to achieve an overall majority in the neck-and-neck race — even when taking account of the fact that the largest party will receive an extra 50 MPs in the 300-seat parliament. The first job on Monday morning will, therefore, be to form a stable government.

Mr Meimarakis has got a better chance of doing this. After all, he has spent the entire election campaign advocating a coalition of all parties that support the €86bn bailout agreed last month with Greece’s eurozone creditors.

The New Democracy leader almost certainly won’t be able to entice Mr Tsipras and his Syriza party into a grand coalition. But two centre-left and centrist parties — Pasok and To Potami — should be willing to join, and able to provide enough MPs to make up the numbers. A third centrist group, the centre union, may give tacit support even if it is not formally in the government.