The Foundations of Greece’s Failed Economy 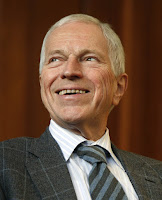 Too many politicians and economists blame austerity – urged by Greece’s creditors – for the collapse of the Greek economy. But the data show neither marked austerity by historical standards nor government cutbacks severe enough to explain the huge job losses. What the data do show are economic ills rooted in the values and beliefs of Greek society.

Greece’s public sector is rife with clientelism (to gain votes) and cronyism (to gain favors) – far more so than in other parts of Europe. Maximum pensions for public employees relative to wages are nearly twice as high as in Spain; the government favors business elites with tax-free status; and some state employees draw their salaries without actually turning up for work.

There are serious ills in the private sector, too – notably, the pervasive influence of vested interests and the country’s business and political elites. Profits as a share of business income in Greece are a whopping 46%, according to the latest available data. Italy came in second at 42%, with France third, at 41%. (Germany’s share is 39%; the United States’, 35%; and the United Kingdom’s, 32%.) Insiders receive subsidies and contracts, and outsiders find it hard to break in. Astoundingly, young Greek entrepreneurs reportedly fear to incorporate their firms in Greece, lest others use false documents to take away their companies. According to the World Bank, Greece is one of the hardest places in Europe to start a business. The result is that competition for market share is weak and there are few firms with new ideas.