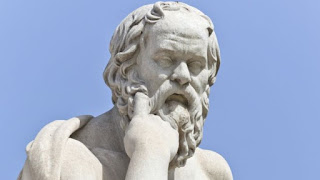 When considering the effects of the debt crisis on Greece, most people probably think of long queues outside banks and protests in the streets.

A less visible but perhaps further reaching outcome is that Greece's education system has become one of the most unequal in the developed world.

Although education in Greece is free, public schools are suffering from spending cuts imposed as a condition of the bailout agreements.

In practice, over the last 30 years it has become increasingly necessary for students to pay for expensive private tuition to pass the famously difficult Panhellenic exams required to get to university.

But with unemployment rising and salaries falling, many poor and middle-class families are struggling to pay for this extra tuition.

A World Economic Forum report this month ranked Greece last of 30 advanced economies for education because of the close relationship between students' performance and their parents' income.

And a professor of law and economics at the University of Athens warns that losing talented students from poor backgrounds is a "national catastrophe" which could hinder Greece's long-term economic recovery.