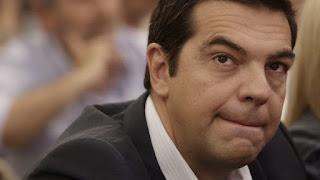 Alexis Tsipras’s leftwing Syriza party is facing a backlash from dissatisfied voters as campaigning heats up for a snap general election on September 20.

Two opinion polls by Greek research companies published on Wednesday showed Syriza’s lead over the centre-right New Democracy party shrinking from 2.5 per cent to around to 1 per cent this week, following mass defections by central committee members and the party’s youth wing.

A third poll put ND ahead by a narrow margin for the first time since it was swept out of office by a Syriza landslide at the last general election, held in January.

A rebellion last month by hardline leftists in Syriza against Mr Tsipras’s decision to accept further austerity measures in return for a new €86bn rescue package prompted a split in the party and the formation of a new grouping, Popular Unity, which is campaigning on an anti-European platform.