Greece’s Saga Is Far From Over 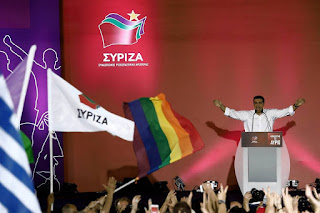 After Greece’s third visit to the polls in eight months on Sunday, it’s fair to ask what the purpose of all this year’s political and economic upheaval was. The far-left Syriza party, whose leadership precipitated this year’s crisis, is back in power with almost the same share of the vote it won in January, and the hard-right Independent Greeks, known by their Greek acronym ANEL, will resume their role as zany but obedient junior coalition partner. There will be no grand coalition with the center-right or any other expanded governing alliance, which would have increased the government’s stability.

Syriza is now regularly referred to as “pro-bailout.” This is a misreading of the situation. Prime Minister Alexis Tsipras may have seen off the pro-drachma rebels led by Syriza’s most radical leftists, whose breakaway party failed to elect a single member of parliament on Sunday.

But he, his coalition and his party remain deeply skeptical of the bailout program he signed with creditors in August. A group of 53 party cadres, including Euclid Tsakalotos, the finance minister who sealed the bailout deal, wrote an open letter in late July warning against implementation of any deal such as the one that emerged, on the grounds that it would lead to the transformation of Syriza into a “systemic” party, as opposed to a radical one.