A fox inside the Greek henhouse 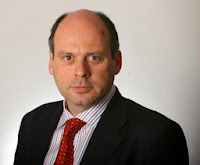 Alexis Tsipras, Greece’s re-elected prime minister, is finding the first few days back in government anything but plain sailing.

On Thursday this blog reported how Mr Tsipras had demanded the resignation of a deputy transport minister barely 24 hours after having appointed him. The minister, Dimitris Kammenos, was from the rightwing nationalist Independent Greeks party, the junior coalition partner to Mr Tsipras’s leftwing Syriza party. Embarrassingly, his social media accounts contained anti-Semitic content.

Now some curious details are emerging about another deputy minister, this time from inside Syriza itself.

They concern Alexis Haritsis, who, as a deputy finance minister, has been given the responsibility of ensuring that Greece makes the most efficient use possible of the billions of euros that the nation receives each year in EU structural aid funds (money that is separate from bailout funds).

More
Posted by Yulie Foka-Kavalieraki at 10:42 AM