What is making it so difficult for Greece’s ruling coalition to govern effectively? 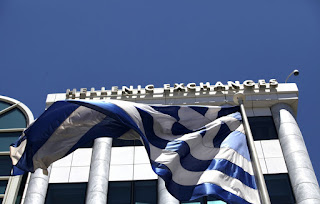 As everyone knows, Greece is in trouble. Among other things, its far-left and far-right parties have come together to form a government — even though one of the few things they have in common is skepticism about the European Union.

Greece isn’t alone in having its far right and far left united by their dislike of the E.U. That’s true across Europe. That dislike, however, springs from very different sources. Far left political parties oppose what they see as the E.U.’s neoliberal, deregulatory ideology. Far right parties see the E.U. as a threat to distinctive national identities and state power.

By contrast, mainstream left and right-wing parties have long supported the European Union, seeing it as a way to improve economic and national security. (Of course this short summary is an oversimplification, but if you allow for some exceptions, it’s roughly accurate.)

In Greece, the newly governing coalition of Syriza and the Independent Greeks (ANEL) shows how this opposition to the E.U. is affecting political competition in Europe. The Syriza/ANEL coalition, formed after the Greek January 2015 parliamentary election, is a surprising union. Syriza – which stands for the Coalition of the Radical Left – combines various labor, ecological and feminist movements. The Independent Greeks stand for less immigration, an increased role for the Greek Orthodox Church in family life and education, and opposition to multiculturalism.