Some Questions for Alexis Tsipras 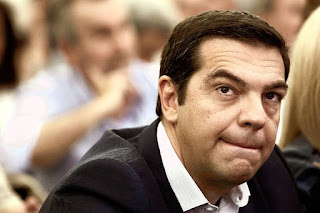 Greece is back in election mode for the third time in eight months, as the presidential decree was signed on Friday dissolving Parliament and setting Sept. 20 as polling day. Prime Minister Alexis Tsipras made this election inevitable when he resigned on Aug. 20, in the expectation that a new vote would give him a more manageable parliamentary majority.

Mr. Tsipras and his associates portray calling new elections as the height of democratic responsibility. In their telling, he fought long and hard, though badly outgunned and outnumbered by creditors, to deliver to the Greek people a deal close to what he had promised them when he was first elected in January. In the end, he accepted an agreement that he admits is far removed from those promises. Indeed, he misses no opportunity to voice his belief that the agreement isn’t workable and that it will hurt the Greek economy.

But it was the price he had to pay, Mr. Tsipras argues, to keep Greece in the eurozone, which was another main pre-election pledge. And now, given that January’s electoral mandate to reject the bailout is no longer relevant, and in light of the mass exodus of members of Parliament from the leftist Syriza party that he leads, Mr. Tsipras is doing his democratic duty by appealing once again to the voters to ratify or reject his change of course.