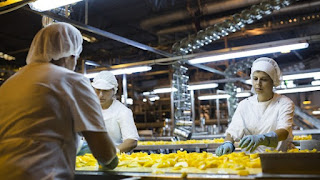 After the Greek government imposed capital controls to prevent the country’s banks from collapsing, businessman Athanassios Savvakis feared exports of apricots, peaches and tomatoes would be the country’s next economic casualty.

“I was seriously worried,” said the chief executive of National Can Hellas, a private company that makes 300m cans a year for local fruit and vegetable processors. “The canning companies operate for only three months in the summer and controls were applied just as the season was getting under way.”

Mr Savvakis must import all of his raw materials, but he was hamstrung by rules severely restricting the funds he could transfer to foreign suppliers. The company ended up adopting what Mr Savvakis called a “triangular” payment system.

“We have plenty of exporters with bank accounts abroad among our customers. Instead of paying us they transfer funds they hold abroad to pay our regular metal suppliers in Spain, the Netherlands or the UK,” he explained.