Greece says it has agreed outline of debt deal 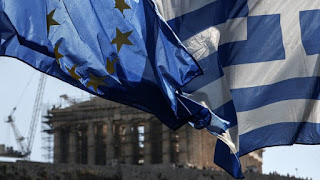 Greece has struck an outline deal with creditors on terms of a new €86bn rescue package, marking a breakthrough before a crucial August 20 deadline for its next big debt repayment, Greek officials said on Tuesday.

“We have a deal,” Greek economy minister George Stathakis told the Financial Times.

Another official confirmed that the main points of a sweeping three-year fiscal and structural reform programme had been agreed with bailout monitors from the European Commission, the International Monetary Fund, the European Central Bank and the European Stability Mechanism, the EU’s own bailout fund.

Most of the so-called “prior actions” — reforms that the Greek government must implement immediately before creditors will begin to release funds from the new package — have been agreed but final details still need to be worked out on “one or two items”, an official said.

Among the prior actions expected to be legislated this week are a new €50bn privatisation programme, measures to tackle non-performing loans and the full liberalisation of energy markets, he added.

More
Posted by Yulie Foka-Kavalieraki at 10:42 AM