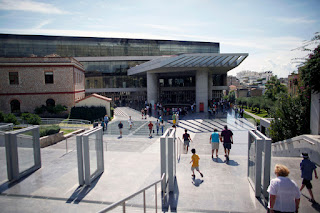 For a lesson in why Greece’s attempts to sell billions of euros of assets have foundered, look no further than the New Acropolis Museum in central Athens.

Although a site was chosen in 1976, court challenges by residents, the discovery of archaeological ruins and political disputes meant it took 33 years to complete the building.

With real estate making up most of the country’s new 50 billion-euro ($56 billion) privatization fund, the government may also be given decades to sell the assets. The fund, part of the country’s third bailout, is again one of the pillars of Greece’s economic revival, as Prime Minister Alexis Tsipras seeks a new mandate in elections on Sept. 20.

“Greece’s privatization program includes huge amounts of undeveloped land, which makes it different from similar programs in other countries,” said Costas Mitropoulos, the first chief executive of the Hellenic Republic Asset Development Fund and now an executive director at PricewaterhouseCoopers.

The government’s previous attempt to raise 50 billion euros by divesting prize assets such as airports, seaports and beach-side real estate failed miserably. The program, which began in 2011, had raised just 3.1 billion euros by the end of 2014, according to the state privatization authority.

Coming up with a development plan and turning it into cash can take as long as 15 years, Mitropoulos said.

More
Posted by Yulie Foka-Kavalieraki at 11:01 AM