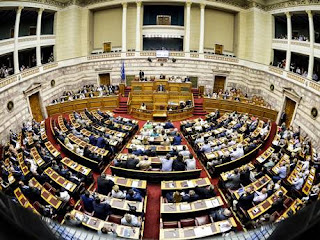 The protracted negotiations between Greek government officials and the international creditors are finally bearing fruit. Athens announced it has reached an accord on the broad terms of a new three-year bailout package saving it from defaulting on its debts and securing its future in the euro.

“There are difficult and even some very harsh measures [attached to the deal] but there was no other way: It was either an unruly bankruptcy or this deal,” Yiannis Balafas, an MP with the ruling Syriza party told The Independent.

The Syriza dissenter Costas Lapavitsas said he would not vote in favour of the new deal in parliament. “Left-wing governments must take left-wing actions,” he said on Mega television. Technical teams from the International Monetary Fund and European Union have been in Athens for nearly two weeks, locked in talks with the Greek officials in an effort to hammer out the conditions of the agreement which is expected to form a basis for a third bailout worth more than €86bn (£61bn).