Greece and Its Misguided Champions 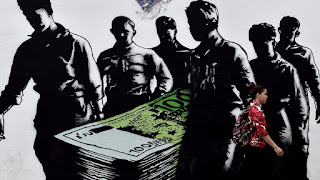 With the Tsipras government having resigned and Greece (probably) heading to the polls to vote on September 20, it may be time to consider how we got here. While much can be said about internal dynamics within Greece, we shouldn’t underestimate the impact of some global thought leaders who have shaped opinion not only internationally but also in Greece, making its crisis a cause célèbre for progressive economists. Pundits such as Paul Krugman, Joe Stiglitz, and Jeffrey Sachs have rushed to comment on the Greek crisis, eagerly using their considerable influence, followed by like-minded commentators. Yet, how much of this analysis is grounded in the causes as opposed to the symptoms of the Greek crisis?

Greece offered a tantalizing opportunity to socially minded critics to condemn the approach taken by the euro group under Germany’s leadership. Greece was seen as an exemplar of a country under assault, victim of the waning European sense of cohesion and social justice, and of ineffectual, neoliberal policies. The controversial style and substance of Yanis Varoufakis and the Tsipras government had come to be seen as a rare sign of defiance and of standing up to injustice.

Framing this as a case of a small country defying the bullies misses the point. It is too easy to view the Greek mess as a case of austerity policies gone berserk.