Eurozone: The case against ‘cash for reform’ 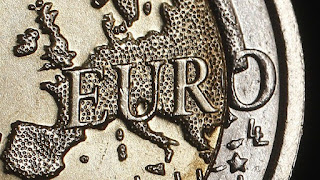 Angela Merkel will today urge the German Bundestag to support a new €86bn eurozone rescue loan for Greece, as long as the crisis-hit country undertakes further reform and austerity measures.

The moment will have a sense of déjà vu. Since the first Greek rescue loan was granted in May 2010, Germany’s chancellor and Europe’s most powerful politician has cajoled her parliamentarians into endorsing bailout deals for Greece, Ireland, Portugal, Spain and Cyprus, and backing the creation of a permanent rescue fund for the eurozone.

The Bundestag vote will also help to cement a narrative about what went wrong with the euro — one whose basic assumptions are more often taken for granted than measured up against the evidence.

From the start, Ms Merkel’s argument was that “there is no alternative” to a programme of bailouts — that the single currency would not survive without them. Defaults by euro members could unleash a wave of contagion, threatening the stability of the union. Strict policy conditions had to be attached to the loans to ensure that taxpayer money was well spent and would be returned.