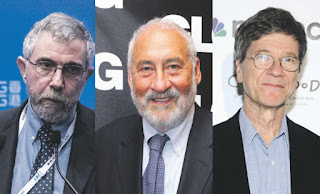 Since Alexis Tsipras made the difficult but responsible choice of arriving at a compromise with Greece’s creditors in mid-July, preventing an outcome that would have led his country out of the euro, a number of revelations have highlighted the radical nature of the proponents of rupture in his inner circle.

In countless public utterances and interviews since his resignation, former finance minister Yanis Varoufakis has spoken of how he urged the prime minister to authorize the issue of a parallel currency, to declare that Athens would default on €3.5 billion in Greek government bonds owed to the ECB on July 20 and to seize control of the Bank of Greece. Such an aggressive move would have led inevitably to the introduction of a new currency.

Recently, the newspaper I work for, Kathimerini, revealed excerpts of a conference call in which Varoufakis participated on July 16. In the call, the former minister tells an assortment of hedge-fund executives and other investors of plans he had to hack into the database of the general secretariat of public revenue at the ministry.

More
Posted by Yulie Foka-Kavalieraki at 10:02 AM