What the Greek debt deal shows about power in Europe 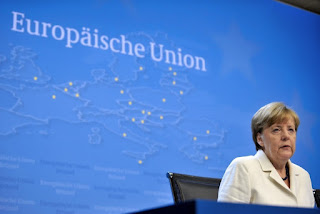 When the financial details are stripped away, the Greek bailout deal reached early Monday morning is really a reassertion of the core idea of post-war Europe — which is that France and Germany will stick together.

The bailout terms are complicated, and they reflect compromises that will anger hard-liners both in Greece, who will see the deal as a diktat by creditors, and in Northern Europe, where many will see it as a capitulation to profligate debtors in Athens.

But the north-south debate misses the essential alignment, which is Paris-Berlin. During the bailout crisis, Europe walked to the brink — not just in terms of a weak Greece exiting the euro zone, but of a strong Germany decoupling from its partners. With Monday’s deal, the core of Europe reaffirmed its partnership, regardless of what happens in the small peripheral country of Greece.