The Greek Deal Poses Dangers for Greece, and for Europe 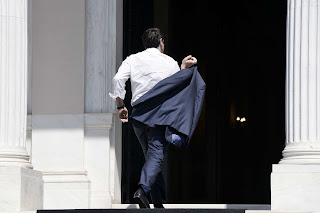 For years, Greece’s negotiations with its European creditors have featured moments in which all parties stare into the abyss, fear what they see and step back to reach a deal.

On Monday, there was yet another deal. But this time it is one that pushes Greece into the abyss, even if financial markets don’t acknowledge it just yet.

Greece already has 26 percent unemployment, a tourism industry that is suffering as would-be visitors stay away and banks and a stock market that have been closed going on three weeks. Just a week ago, its voters overwhelmingly rejected a bailout offer that was less punitive than the one its leaders just accepted.

Yet the deal that Greek leaders and their creditors reached Monday morning after a brutal series of overnight talks promise to deepen political and economic strains in a country already in depression.