Syriza’s covert plot during crisis talks to return to drachma 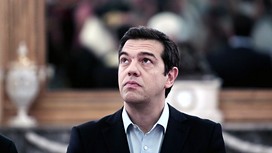 Arresting the central bank’s governor. Emptying its vaults. Appealing to Moscow for help.

These were the elements of a covert plan to return Greece to the drachma hatched by members of the Left Platform faction of Greece’s governing Syriza party.

They were discussed at a July 14 meeting at the Oscar Hotel in a shabby downtown district of Athens following an EU summit that saw Greece cave to its creditors, leaving many in the party feeling despondent and desperate.

The plans have come to light through interviews with participants in the meeting as well as senior Greek officials and sympathetic journalists who were waiting outside the gathering and briefed on the talks.

They offer a sense of the chaos and behind-the-scenes manoeuvring as Greece nearly crashed out of the single currency before prime minister Alexis Tsipras agreed to the outlines of an €86bn bailout at the EU summit. With that deal still to be finalised, they are also a reminder of the determination of a sizeable swath of Mr Tsipras’ leftwing party to return the country to the drachma and increase state control of the economy.