In Rebuke to Europe, Greeks Vote Resounding ‘No’ to Bailout Terms 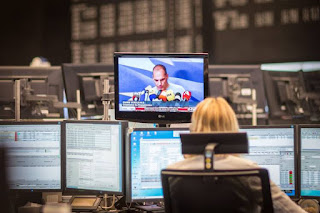 Greeks overwhelmingly voted against their international creditors’ conditions for further bailout aid, in a result that could deepen the rift between Greece and the rest of Europe and push the country closer to bankruptcy and an exit from the euro.

More than 61% of Greeks voted “no” in Sunday’s referendum on austerity measures and other overhauls that European and International Monetary Fund officials had demanded in recent talks—an outcome that spurred popular celebrations into the night across downtown Athens and other Greek cities.

“I trust this man,” said Zoe Vergaki, a young musician among Greek Prime Minister Alexis Tsipras’s cheering supporters on the capital’s Syntagma Square. Nearby, some danced to the music of “Zorba the Greek.” “Whatever deal he brings,” Ms. Vergaki said of the leftist premier, “I will support him.”

Greeks’ resounding rejection of creditors’ demands for pension cuts, value-added tax increases and other austerity measures is likely to bolster the conviction of the Athens government that it can now successfully press its creditors for a better bailout deal that includes fewer painful fiscal measures and more debt relief.

More
Posted by Yulie Foka-Kavalieraki at 7:08 AM