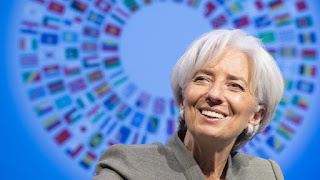 The International Monetary Fund’s board has been told Athens’ high debt levels and poor record of implementing reforms disqualify Greece from a third IMF bailout of the country, raising new questions over whether the institution will join the EU’s latest financial rescue.

The determination, presented by IMF staff at a two-hour board meeting Wednesday, means that while IMF staff will participate in bailout negotiations currently under way in Athens, the Fund will not decide whether to agree a new programme for months – potentially into next year.

That delay could have significant repercussions – particularly n Germany, where officials have long said it would be impossible to win Bundestag approval for the new €86bn bailout without the IMF on board.

According to a four-page “strictly confidential” summary of Wednesday’s board meeting obtained by the Financial Times, IMF negotiators will “participate in policy discussions” to ensure the eurozone’s new bailout “is consistent with what the Fund has in mind”.

But they “cannot reach staff level agreement at this stage.” The Fund will only decide whether to participate during a “stage two” after Greece has “agreed on a comprehensive set of reforms” and, crucially, after eurozone bailout lenders have “agreed on debt relief”.