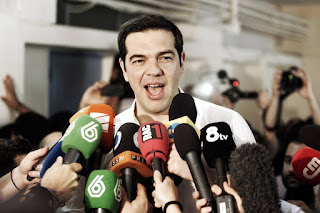 Greece’s overwhelming rejection of creditors’ demands in Sunday’s referendum is a big win for Prime Minister Alexis Tsipras, but doesn’t change what so far has been an impossible task: securing a place in the euro without accepting harsher austerity.

If the coming collision between Mr. Tsipras and his lenders leads to Greek debt default, bank failures and euro exit, Sunday’s adulation could soon turn to fury, analysts said.

German-led creditor countries are staunchly opposed to financing a Greece that rejects a far-reaching, market-oriented overhaul of its economy.

Mr. Tsipras persuaded many Greeks to vote “no” on Sunday by arguing that such an outcome would strengthen his bargaining position vis-à-vis the rest of the eurozone and the International Monetary Fund. Following a “no” victory, he would reach a better deal with creditors within 48 hours, he said on Thursday.