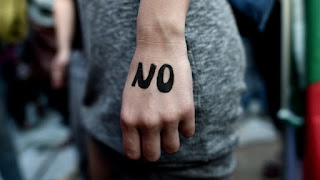 What happens if Greece votes Yes in Sunday’s referendum? Will the country’s future in the eurozone be secure? Unfortunately not, in part because Greece’s pro-European forces are so divided that they will struggle to gain power.

It is true that a Yes vote would probably lead to the resignation of Alexis Tsipras, the radical left prime minister who is campaigning for No. There would then probably be a new election because it would be tricky to put together a pro-European coalition from the current parliament.

Even if the three pro-European parties — New Democracy, To Potami and Pasok — collectively won more votes in that election than Mr Tsipras’s Syriza group, they could easily fail to get a majority in the 300-member parliament. This is because, under Greek law, the party with the largest number of votes gets a 50-seat bonus. If Syriza emerged as the largest single party, it might end up still in government or, at least, able to block the pro-Europeans.

The way to avoid this is for the opposition to join forces. They would then probably get the 50-seat bonus and be able to form a government. The snag is that, despite several months of talks, they cannot agree on how such an arrangement would work and who would be the candidate for prime minister.

More
Posted by Yulie Foka-Kavalieraki at 9:59 AM