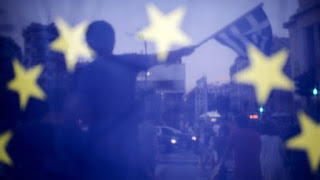 A few things that many of us took for granted, and that some of us believed in, ended in a single weekend. By forcing Alexis Tsipras into a humiliating defeat, Greece’s creditors have done a lot more than bring about regime change in Greece or endanger its relations with the eurozone. They have destroyed the eurozone as we know it and demolished the idea of a monetary union as a step towards a democratic political union.

In doing so they reverted to the nationalist European power struggles of the 19th and early 20th century. They demoted the eurozone into a toxic fixed exchange-rate system, with a shared single currency, run in the interests of Germany, held together by the threat of absolute destitution for those who challenge the prevailing order. The best thing that can be said of the weekend is the brutal honesty of those perpetrating this regime change.