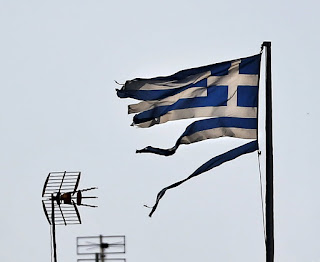 As the Greek crisis proceeds to its next stage, Germany, Greece and the triumvirate of the International Monetary Fund, the European Central Bank and the European Commission (now better known as the troika) have all faced serious criticism. While there is plenty of blame to share, we shouldn’t lose sight of what is really going on. I’ve been watching this Greek tragedy closely for five years, engaged with those on all sides. Having spent the last week in Athens talking to ordinary citizens, young and old, as well as current and past officials, I’ve come to the view that this is about far more than just Greece and the euro.

Some of the basic laws demanded by the troika deal with taxes and expenditures and the balance between the two, and some deal with the rules and regulations affecting specific markets. What is striking about the new program (called “the third memorandum”) is that on both scores it makes no sense either for Greece or for its creditors.

As I read the details, I had a sense of déjà vu. As chief economist of the World Bank in the late 1990s, I saw firsthand in East Asia the devastating effects of the programs imposed on the countries that had turned to the I.M.F. for help. This resulted not just from austerity but also from so-called structural reforms, where too often the I.M.F. was duped into imposing demands that favored one special interest relative to others. There were hundreds of conditions, some little, some big, many irrelevant, some good, some outright wrong, and most missing the big changes that were really required.