Greece is more useful to Russia inside the EU than out 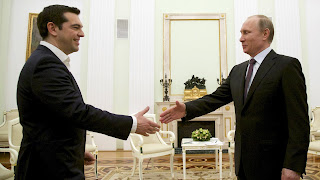 We learned on Monday that Yuri Milner, the billionaire Russian entrepreneur, is to spend $100m of his own money over the next 10 years to fund a project searching for alien civilisations beyond our solar system.

According to my calculations, that is $100m more than the Russian government has offered in financial aid to Greece since the radical leftist Syriza party, often presumed to be close to Moscow, came to power in January.

During Syriza’s chaotic six months in office, the notion has cropped up time and again that Alexis Tsipras, the prime minister and party leader, would like to play a ‘Russian card’ to ward off pressure from Greece’s eurozone creditors.

There is something to this, but the picture is more subtly textured than first impressions might suggest. Let’s look below the surface and find out what’s going on.