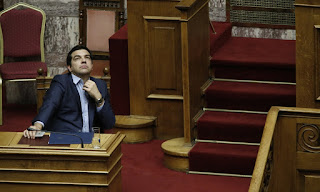 Greece is bracing for the return to Athens of officials representing the reviled “troika” of creditors as the debt-stricken country prepares to start negotiations for a third bailout.

Mission chiefs with the EU, European Central Bank and International Monetary Fund fly into the Greek capital on Friday for talks on a proposed €86bn (£60bn) bailout, the third emergency funding programme for Athens since 2010.

The return of the triumvirate, a day after internationally mandated reforms were pushed through the parliament by MPs, marks a personal defeat for the prime minister, Alexis Tsipras, who had pledged never to allow the auditors to step foot in Greece again.

How Greeks will react remains unclear, with much depending on media coverage.

“The press will almost certainly make a big deal out of this and the government will try to play it down,” said Aristides Hatzis, a leading political commentator. “But given what people have gone through recently it might seem rather trivial and that is to Tsipras’ advantage. Their presence will definitely reinforce the realisation that another bailout is here.”