Greece and Europe: Is Europe holding up its end of the bargain? 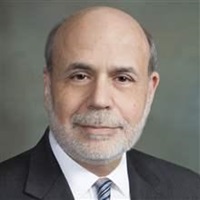 This week the Greek parliament agreed to European demands for tough new austerity measures and structural reforms, defusing (for the moment, at least) the country's sovereign debt crisis. Now is a good time to ask: Is Europe holding up its end of the bargain? Specifically, is the euro zone's leadership delivering the broad-based economic recovery that is needed to give stressed countries like Greece a reasonable chance to meet their growth, employment, and fiscal objectives? Over the longer term, these questions are evidently of far greater consequence for Europe, and for the world, than are questions about whether tiny Greece can meet its fiscal obligations.

Unfortunately, the answers to these questions are also obvious. Since the global financial crisis, economic outcomes in the euro zone have been deeply disappointing. The failure of European economic policy has two, closely related, aspects: (1) the weak performance of the euro zone as a whole; and (2) the highly asymmetric outcomes among countries within the euro zone. The poor overall performance is illustrated by Figure 1 below, which shows the euro area unemployment rate since 2007, with the U.S. unemployment rate shown for comparison. 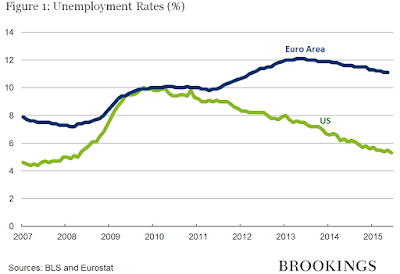