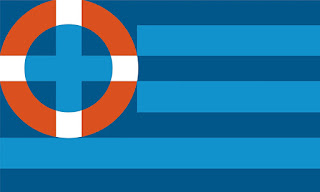 Greece’s financial drama has dominated the headlines for five years for one reason: the stubborn refusal of our creditors to offer essential debt relief. Why, against common sense, against the IMF’s verdict and against the everyday practices of bankers facing stressed debtors, do they resist a debt restructure? The answer cannot be found in economics because it resides deep in Europe’s labyrinthine politics.

In 2010, the Greek state became insolvent. Two options consistent with continuing membership of the eurozone presented themselves: the sensible one, that any decent banker would recommend – restructuring the debt and reforming the economy; and the toxic option – extending new loans to a bankrupt entity while pretending that it remains solvent.

Official Europe chose the second option, putting the bailing out of French and German banks exposed to Greek public debt above Greece’s socioeconomic viability. A debt restructure would have implied losses for the bankers on their Greek debt holdings.Keen to avoid confessing to parliaments that taxpayers would have to pay again for the banks by means of unsustainable new loans, EU officials presented the Greek state’s insolvency as a problem of illiquidity, and justified the “bailout” as a case of “solidarity” with the Greeks.