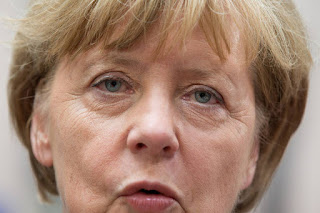 For Germany, offering debt relief for Greece isn’t a question of yes or no, but how much.

Officials in Germany, Greece’s biggest creditor, are mindful of a building political backlash here against five years of bailouts for Athens, which local news media and economists increasingly characterize as throwing good money after bad. That is partly why German Chancellor Angela Merkel and Finance Minister Wolfgang Schäuble frequently reject the idea of simply lopping off a chunk of the principal owed by Greece.

But Ms. Merkel, Mr. Schäuble and other German officials have also appeared at pains in recent days to leave themselves some flexibility on their position on Greece’s debt burden. They have left the door open to measures such as extending maturities or reducing interest rates on past emergency loans to Greece that would make the country’s debt more sustainable. The key question, German officials say, isn't whether Greece gets debt relief—but whether it takes enough other steps for debt relief to be a concession worth making.