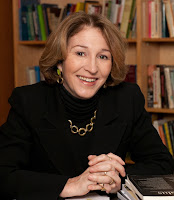 The negotiations leading up to the latest tentative deal on Greece’s debt brought into relief two competing visions of the European Union: the flexible, humane, and political union espoused by France, and the legalistic and economy-focused union promoted by Germany. As François Heisbourg recently wrote, “By openly contemplating the forced secession of Greece [from the eurozone], Germany has demonstrated that economics trumps political and strategic considerations. France views the order of factors differently.” The question now is which vision will prevail?

The Greeks, for their part, have been putting their national identity ahead of their pocketbooks, in ways that economists do not understand and continually fail to predict. It is economically irrational for Greeks to prefer continued membership in the eurozone, when they could remain in the EU with a restored national currency that they could devalue.

But, for the Greeks, eurozone membership does not mean only that they can use the common currency. It places their country on a par with Italy, Spain, France, and Germany, as a “full member” of Europe – a position consistent with Greece’s status as the birthplace of Western civilization.