Europe will pay the price for Greece 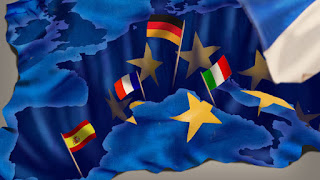 The organising fact of modern policy making is that the urgent tends to obscure the important. The urgent in this case is the cliffhanger over whether Greece stays in the euro. The important is the uncertain future of the single currency and a threatened unravelling of the postwar project of European integration.

German chancellor Angela Merkel has been carrying Europe on her shoulders. For all his efforts to save Greece from itself, François Hollande, French president, has been diminished by his country’s weak economy. David Cameron, planning a vote on Britain’s EU membership, is not on the field. The prime minister instead warns holidaymakers to take lots of euros when setting off for Greek islands.

Without a cohesive Europe, Germany is lost. Former chancellor Helmut Kohl understood this when the Berlin Wall came down. The euro was the Franco-German bargain that would make a united Germany safe for Europe. Mr Kohl, though, foresaw a European Germany, not a German Europe.

As Ms Merkel treks between Berlin and Brussels, the strain is beginning to show. Her trick when the euro crisis broke was to persuade voters at home that it was worth paying to save the euro while cajoling weak eurozone states into austerity and reform programmes. Solidarity was traded for responsibility. Governments in Ireland, Spain and Portugal would say it has worked. With Greece, Ms Merkel has fallen off the wire.