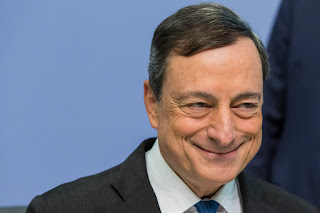 Mario Draghi surprised his European Central Bank colleagues on Thursday by pushing for an increase in emergency aid to Greek lenders, people familiar with the matter said.

The ECB’s Executive Board had signaled to Governing Council members the previous day that the cap on Emergency Liquidity Assistance of 88.6 billion euros ($96.5 billion) should stay in place, despite a request by the Greek central bank for an extra 1.5 billion euros, the people said, asking not be named as the discussions were private.

The ECB president’s intervention followed events on Thursday morning, when the Greek parliament approved austerity measures linked to an international bailout package in the early hours and euro-area finance ministers later agreed on 7 billion euros of bridge funding. The cash infusions should allow Greece to meet debt repayments, including to the ECB on Monday, reopen its banks and start to repair its economy.