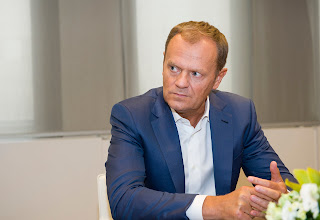 After spending much of the six-month standoff between Greece and its eurozone creditors on the sidelines, Donald Tusk, the former Polish prime minister who is now European Council president, became the central actor in the Greek drama over the weekend when a summit he chaired became the scene of 17-hour marathon talks that finally led to a deal on Monday morning.

In a 90 minute interview with the Financial Times and six European newspapers, Tusk gave a behind-the-scenes account of how the deal was brokered – but he also gave voice to fears that the standoff has given new energy to radical political forces in Europe that has made 2015 resemble 1968. Our full write-up of the interview, focusing on his concerns about renewed radicalisation can be read here.

But as is our practice at the Brussels Blog, we’re providing a transcript of the interview below. It is slightly edited to eliminate occasionally long-winded questions and topics not directly related to the Greek crisis.