Alexis Tsipras, the leader taking Greece to the brink 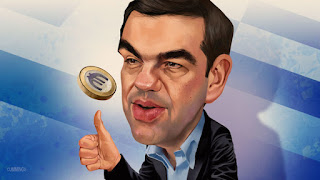 Among the detritus of a political career that began more than 25 years ago is a newspaper interview that Alexis Tsipras gave in 1990. He was under attack by fellow radical school pupils for striking a deal with Greece’s centre-left government to roll back education reforms that slashed benefits such as free textbooks and made uniforms mandatory.

Most of his colleagues cared more about expressing their discontentment than achieving their ostensible aims; but not Mr Tsipras. The students were on strike to protest against the new education law; once it was withdrawn, the strike should end, he reasoned. “If you start a struggle, it’s very important to know when to stop,” Mr Tsipras, then just a teenager, recalls saying.