Why Greece Will Cave—and How 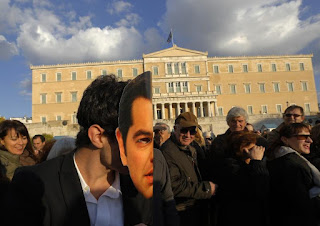 Since the January 2015 election of a coalition government made up of the left-wing SYRIZA party and the right-wing ANEL (Independent Greeks) party, Greece has been in constant negotiation with the EU about reformulating the Greek bailout. Although Athens has often (but not always) denied it, any new deal will come with serious restrictions on the Greek people.

The negotiations are secret, but there are plenty of leaks on both sides. They traffic not in facts but in the impressions of people participating in, or close to, the talks. It is clear that the Greek government is relentlessly optimistic—it has been expecting an agreement “any day now” ever since the removal of Yanis Varoufakis, the Greek finance minister, from the chief negotiating position last month—whereas the rest of the EU cannot see striking a deal anytime soon.

In other words, the leaks and conflicting daily statements from participants offer little clarity about the real state of affairs. Beneath them, though, lie structural issues that imply the EU has the upper hand. In the negotiating game, the deck is stacked in the EU’s favor. In the Greek domestic game, it favors Greek Prime Minister Alexis Tsipras, who wants a compromise.