Why Greece will capitulate 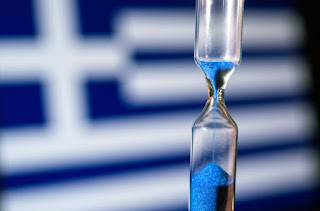 Even if Prime Minister Alexis Tsipras agrees to whatever demands Greece’s creditors make to avoid default and manages to hold his party and government together, Greece faces an extremely tough road ahead towards potential sustainable growth.

Policymakers were full of warnings last week for Greece that time is running out to agree to a deal and secure liquidity. As European Council President Donald Tusk said: “The day is coming, I am afraid, that someone says the game is over.”

That day is not as close as most seem to think. There have been calls for Greece to sign on the dotted line by the next Eurogroup meeting this Thursday. That is an artificial deadline, and will pass as all other artificial deadlines have — without a deal.