What impact would Grexit have on the UK? 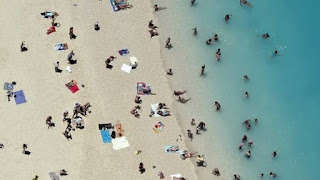 As the UK is not part of the euro zone, it has not directly contributed to bailing out Greece since the country got into trouble after the financial crisis.

The burden has been taken up by the big Eurozone nations with Germany contributing £40bn and France, which has provided £30bn since 2010.

The UK has provided assistance indirectly through its membership and contributions to the International Monetary Fund (IMF).

According the think tank Open Europe, the UK has provided £1.72bn of the £37.8bn of assistance that the IMF has provided to Greece.

Raoul Ruparel, a co-director at Open Europe, thinks it is unlikely that even if Greece did leave the Eurozone the UK would end up losing out on its IMF contribution.

"The IMF is the most senior creditor of all those who have lent to Greece, so would be the first to be paid back.

"I think the chances of the UK losing out are quite low," said Mr Ruparel.