What Happens if Greece Defaults on IMF Payments? 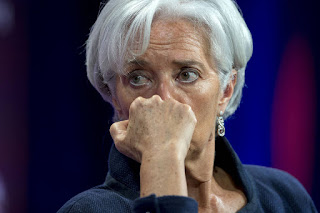 Greece’s creditors have hammered out a rescue deal to present Prime Minister Alexis Tsipras. Whether it gives enough ground to be acceptable to his anti-austerity Syriza government is another matter.

The timing is crucial.

If the Greek government agrees, its creditors will release the funds it needs to cover this summer’s raft of loan repayments. If not, the taps remain turned off and Greece will run out of money, possibly as early as Friday, when a €304 million ($334.4 million) International Monetary Fund loan falls due.

There is, however, a certain amount of flexibility.

There’s flexibility around just when the IMF would declare the loan in default. The process is outlined in the IMF’s 2014 guide to its Financial Operations.

Once the deadline passed, the relevant IMF executive director responsible for Greece would make contact with the Syriza government to urge prompt payment. At the same time, Greece wouldn’t be permitted to use any IMF resources or would any request be considered until the obligation is cleared.

If after two weeks the debt still hasn’t been repaid, IMF’s management make a direct appeal to Greek finance minister Yanis Varoufakis or his alternate, Yannis Stoumaras, making it clear how serious the situation is.