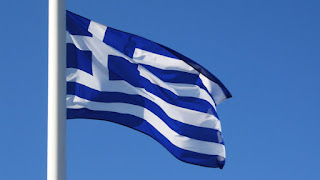 There are now two proposals on the table — one from the creditors and one from Greece. What they have in common is that neither of them will fix the Greek economy. They do not even pretend. Both deserve to be rejected flat-out.

Whenever European technocrats enter long negotiations, they get lost in the technical detail and become constitutionally incapable of seeing the bigger picture. They can spend weeks discussing whether the 2016 primary surplus, before payment of interest on debt, should be 1.5 per cent or 2 per cent — seemingly unaware that the error margins of any of their projections exceed that small gap by a large multiple. The economic diplomats have lost sight of what this is all about — allowing Greece to survive, and eventually to prosper, within the eurozone.

There is a less charitable explanation. They might simply not care. Some of the creditors are only interested in keeping the show on the road come what may. In particular, they refuse to recognise officially that their loans to Greece will never be repaid. They know they misled their electorates about Greece, and do not want to be exposed, at least not while they are in office.

The main goal for Alexis Tsipras, Greek prime minister, meanwhile, is to stay in power. An agreement of the extend-and-pretend variety, which is the likely outcome of these negotiations if they end in success, may suit him. And thus the probability of a lousy deal that suits the negotiators but that will not help the Greek economy is high.