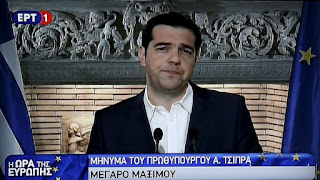 Alexis Tsipras is gambling his political future as Greece’s prime minister on a hastily called referendum that could all too easily backfire.

Next Sunday’s vote on a failed Greek bailout proposal has divided constitutional experts over its legitimacy and left bureaucrats scrambling to arrange the logistics of holding the country’s first plebiscite in more than 40 years.

It is also puzzling and confusing voters.

“Greece is holding a referendum on a proposal that no longer exists for a bad programme that by then will have expired,” said Yannos, a business consultant who declined to give his second name. “It doesn’t make sense.”

Mr Tsipras has urged a “no” vote to endorse his leftwing government’s rejection of “blackmail” by the country’s creditors to apply further harsh austerity measures in return for a €15.3bn bailout. At the same time he has said he would respect a “yes” result.