The road to Grexit and beyond 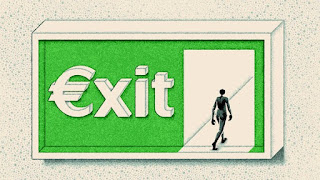 When a shock you predicted actually happens, it still feels like a shock. Alexis Tsipras was right to walk away. But it was a momentous decision nevertheless when the Greek prime minister rejected an offer that would have allowed it to pay its debt to the International Monetary Fund and the European Central Bank. What I am struggling to understand is why he suddenly decided to call a referendum on whether to accept a bailout for next Sunday.

There might be some super-smart strategy behind this beyond my capacity to comprehend. The problem with the referendum is that the offer on which the Greek people are asked to vote is no longer on the table. And the programme to which it relates expires tomorrow at midnight. Why should the Greeks vote Yes to a package the creditors themselves no longer support?

By far the biggest tactical error committed over the weekend, however, was the rejection by eurozone finance ministers of a five-day extension of the Greek bailout programme to beyond the referendum. With that decision, they foreclosed the only way to keep the show on the road. They have unwittingly strengthened the political argument of the Greek prime minister. He will now be able to say: first the creditors wanted to destroy the Greek economy with their austerity programme. And now they are hoping to destroy Greek democracy.