Spoiler alert: Greece won’t default. Not this week, at least. 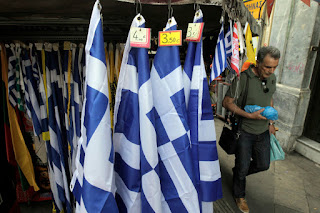 As Athens faces a Friday deadline to repay €301 million to the International Monetary Fund, the world is again on tenterhooks, waiting to see whether Greece wins another reprieve.

The spoiler answer is “yes.” After five years of rescue operations and hundreds of billions in aid, Europe is simply too vested in Greece to pull the plug now.

So the real question isn’t whether Greece gets a short-term lifeline this week, but what comes after. Athens may win enough money to get through June, but it will immediately need to secure a whole new bailout agreement to continue pay off its credit — far from a sure thing.

It “could well be that this is the most important evening in the last months,” a senior source said.