Greece was in the early stage of an economic recovery when then-Prime Minister Antonis Samaras called a vote for a new president. The unraveling that followed shows just how fragile that recovery was.

Investors were the first to run for the hills, anticipating that the political stand-off would end in elections that would usher in Alexis Tsipras's anti-austerity Syriza party, and a confrontation with the country's bailout creditors.

Savers were not far behind, and with the economy drained of liquidity, Greece was officially back in recession by the end of March. 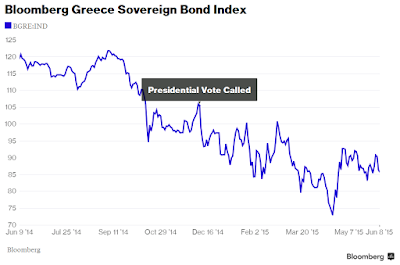 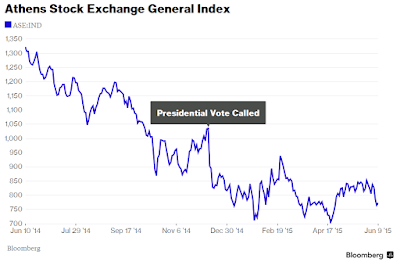 Already shorn of bond market access as Samaras's own efforts to seal deal to release more bailout funds floundered, the rout killed any lingering hopes that Greece could stand alone.