Running Out of Options on a Deal With Greece 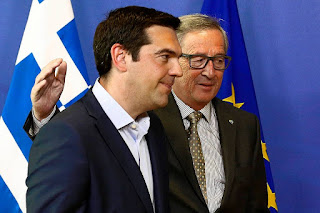 After numerous false pronouncements of an imminent deal, negotiations between Athens and its creditors are now in the final stretch. By the end of next week we should know if an agreement is possible.

This week has seen the first substantive progress in some time, as the European Central Bank, European Commission and International Monetary Fund reached a consensus among themselves on the conditions they would demand from Athens in exchange for unlocking the remaining €7.2 billion ($8.11 billion) of aid from Greece’s 2012 bailout. Athens needs the cash to meet debt repayments due this month—and it needs an accord with creditors so that the ECB will continue to offer liquidity assistance to its struggling banks.

The offer represents a serious blow to Prime Minister Alexis Tsipras and his left-wing Syriza party, which rode to power in January promising to recast Greece’s relationship with its creditors. The only (not insignificant) success Mr. Tsipras can claim at this point is a reduction in the fiscal targets under the bailout. Creditors are proposing a budget-surplus target, excluding debt service, of 1% of gross domestic product in 2015, 2% in 2016, 3% in 2017 and 3.5% in 2018. The targets of the old program were 3% for 2015, 4.5% in 2016-7 and 4.2% in 2018. Mr. Tsipras signalled in Brussels early Thursday that he viewed the creditors’ proposal as positive on this front—and it is indeed quite close to the Greek proposal, which also rises to 3.5% in 2018.