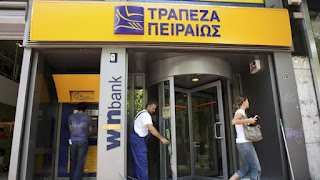 Greek banks are on the edge of failure. Deposit flight is accelerating and Greece’s funding options are running out.

Every euro withdrawn from cash machines is backed by emergency funding from the European Central Bank. Without an extension to Greece’s bailout, these ECB emergency loans are in doubt.

Alexis Tsipras, the Greek prime minister, has called a referendum next Sunday and has options to limit pressure on bank balance sheets. But every measure has serious downsides.

How can authorities shore up the Greek banks?

Should the ECB withdraw or cap the €89bn of emergency funding, Greece has two main options: a bank holiday or capital controls. A bank holiday would stem the flow of money out of banks, but at an obvious cost to the economy. Physical bank transactions would effectively be stopped.

Capital controls would by contrast allow withdrawals from cash machines and some payments, but within limits. These restrictions are hard to enforce, take at least three days to put in place, and banks need money available to meet the demands, even if they are more limited.